Ranthambhore National Park is a protected Tiger Reserve located in southeastern Rajasthan, India. It is the western most location in the world where wild tigers can still be found in their natural habitat. The core tiger reserve has an area of 392 sq. kilometers while the total reserve including buffer forests and the adjoining Sawai Man Singh and Keladevi sanctuaries is 1,334 sq. kilometers. Ranthambhore’s dry, deciduous forests are very representative of the forests of Central India that once spanned the subcontinent uninterrupted. The terrain is varied and rugged with bush lands and rocky plateaus interspersed with streams and lakes with significant elevation changes. Extreme summer heat and the dry deciduous forests that are generally devoid of leaves or ground cover in the summer months make Ranthambhore one of the great places in the world to see tigers in their natural habitats during the months of April and May. Per the most recent census, Ranthambhore has a tiger population including cubs of 70-75. The park can be considered a success story for tiger conservation efforts but the fact that the land area is not growing means Ranthambhore is at capacity for tigers and young tigers looking to establish their own territories are increasingly being forced to the periphery of the park where conflicts with humans are on the rise. The state forest department has wisely translocated several tigers in recent years to the two other Tiger Reserves in Rajasthan but more needs to be done. 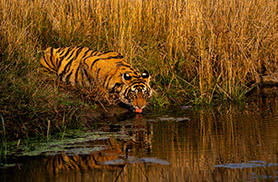 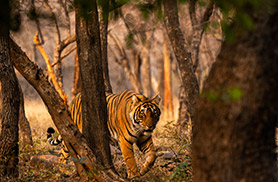 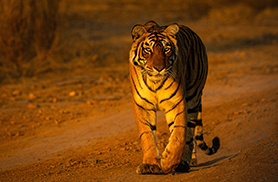 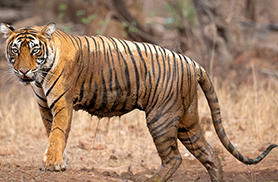 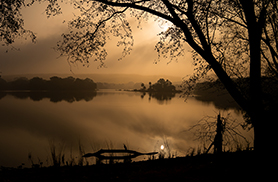 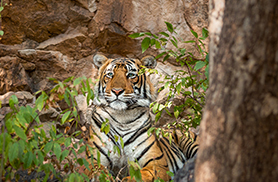 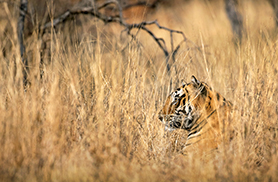 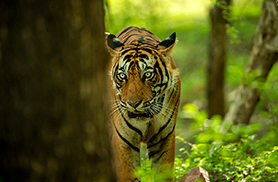 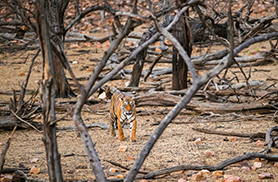 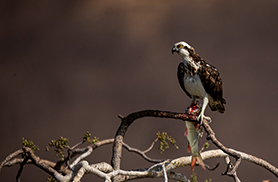 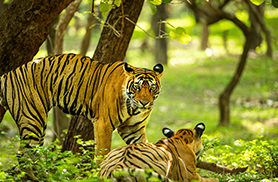 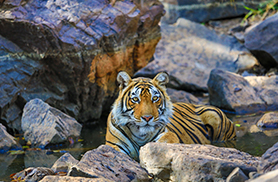 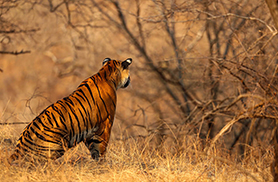 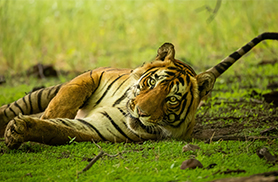 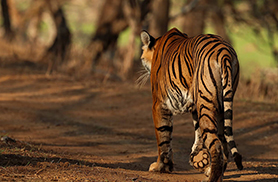 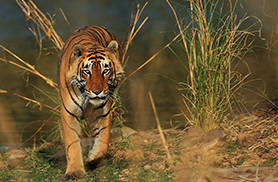 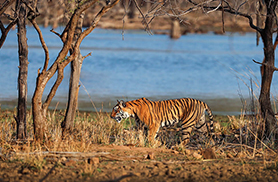 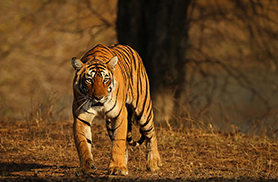 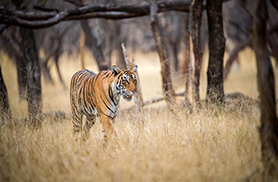 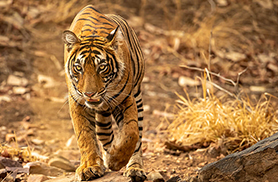 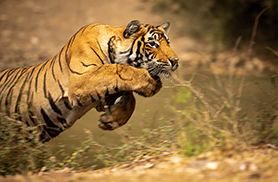 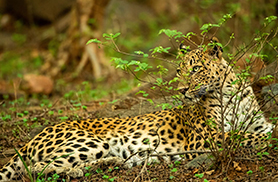 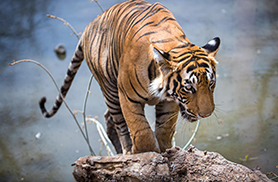 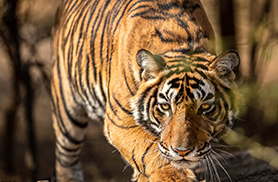 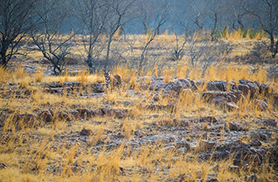 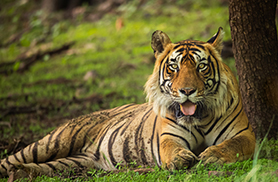 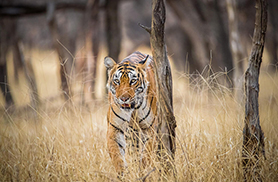